Home » Vacuum fittings » What are the Principles of Electric Valve Positioners?

What are the Principles of Electric Valve Positioners?

Electric valves are now widely used in ball valves, usually as large-diameter valves, and are generally sold for electric gate valves and electric ball valves. The following I will focus on the principle of electric valve positioner.

When the current signal from the electric regulator is input to the coil of the torque motor assembly, a magnetic field is generated in the air gap of the torque motor. It works with the magnetic field generated by the permanent magnet to cause the armature to generate a leftward force. The lever (armature) rolls around the fulcrum point ⒂, the baffle plate approaches the nozzle, and the nozzle back pressure is amplified by the amplifier and sent to the air chamber of the film actuator to move the valve stem downwards and the reaction rod to roll around the fulcrum, connected to the same axis The upper reaction cam rolls counterclockwise in the main direction, and the auxiliary lever rolls around the fulcrum through the roller, and when the reaction spring ⑾ is stretched, the tension of the spring on the main lever and the torque motor effect are equal to the moment on the main lever. The rod system reaches equilibrium. At this moment, the certain signal current corresponds to the certain valve position. The tension spring is used to adjust the zero position.

The above action mode is positive action, if you want to change the action mode, just flip the cam, A direction becomes B direction, etc. 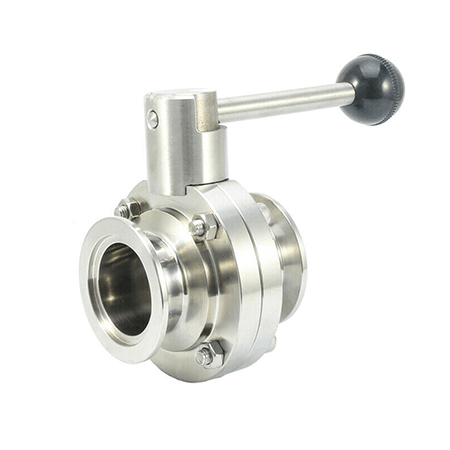 Supplement: The input signal of the electronic positioner is supplied to the piezoelectric micro valve through the controller in the control unit

The air source is supplied to the piezoelectric microvalve through the pressure regulator in the E|P conversion unit. The piezoelectric microvalve generates a pressure output signal proportional to the signal from the controller. The pneumatic output signal is amplified by the membrane first to drive the pilot valve. Through the movement of the shaft, the air source is provided to the actuator. The position feedback from the feedback lever is sent to the potentiometer to generate the position feedback signal, which is sent to the controller.

What are the Benefits of Using a Hard Seal Butterfly Valve?